Route 66 is a very famous thoroughfare in the US. It is also a historical road which is known for many other names like Main Street of America, Will Rogers Highway, or the Mother Road. It runs the whole stretch of Los Angeles to Chicago.

This famous highway was opened on November 26, 1926 and was decommissioned on June 26, 1985. It was used as a migrating route by those who wanted to move to California for a better life during the Dust Bowl of the 1930s.

The highway began in Illinois and ended in Santa Monica, California.  It crossed several states in between and below are the states it covered from end to end:

Even if this highway has been decommissioned, it still attract plenty of travellers who are adventurous to add this old route to their travel bucket list. 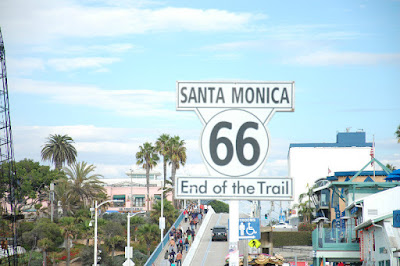 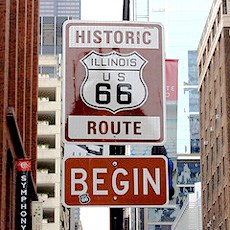 (Photo credit: not mine, due credit to the owners)

The highway had gone through plenty of realignments and since it was decommissioned, part of the highway that are still intact have been famous for travellers who want to see and feel the drive thru the once-famous road. Although some parts of Route 66 are still passable (with careful planning), some part have been removed and replaced with Interstate highways.

Route 66 was famously mentioned in a popular song called  “Get Your Kicks on Route 66.” It has been a famous attraction for road trippers too.