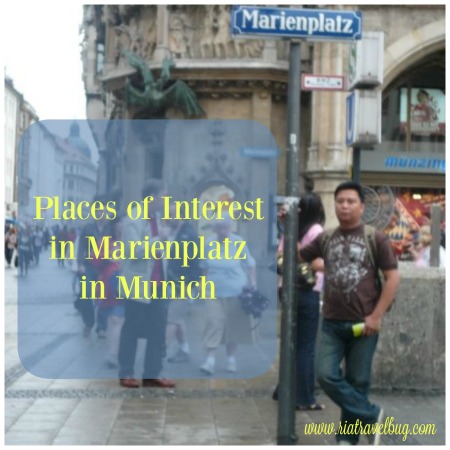 Munich is a lovely place to visit. There are plenty of interesting places to see and you can all do that using the Hop-On and Hop-Off bus plying the routes famous for tourist attractions.

Marienplatz is the town centre in Munich. We booked our Hop-On and Hop-Off bus tour from the Travel information centre in the plaza. And riding the Hop-on, Hop-off bus was a great way to see most of the sights without having to worry on finding our way around town and using the public transportation. 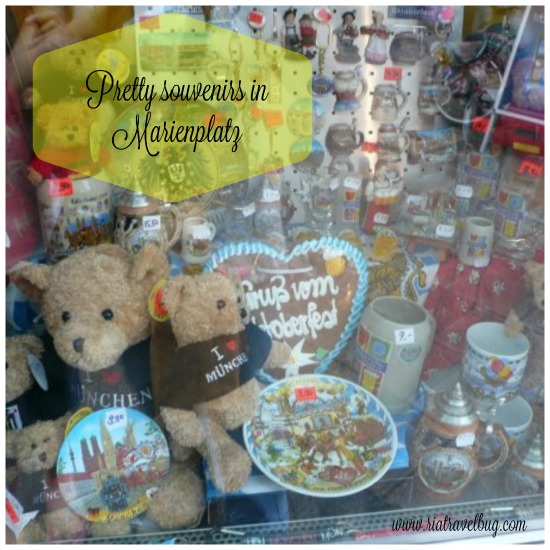 Munich has plenty of points of interests which were covered in our Hop-on, Hop-off bus tour. I am very glad we booked it because I don’t know if we’d have enough time to cover much if we had decided to take the public transportation. There are plenty of eateries, food stalls and souvenir shops.

Marienplatz is an old town square in Munich, Germany.  Marienplatz stands for Our Lady’s Square or St. Mary’s Square in the town square which is a main square since 1158 in the city centre of Munich.

Attractions to find in Marienplatz:

This is one of the places that we wished we visited earlier. It was closed already when we tried to visit. We were just few minutes late when the museum closed. Anyway, the Teddy Bear Museum houses plenty of collection of toys from some prominent countries. You can find more information about this place here: 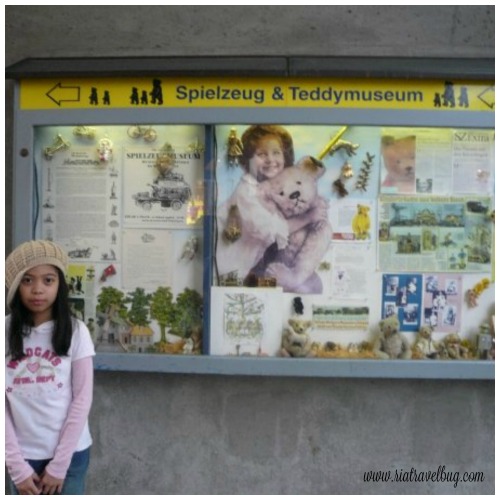 The New Town hall is a very famous gothic-inspired building in the northern part of Marienplatz. The Rathaus is the seat of the mayor’s office, the city council, and the headquarters of the city administration in Munich. 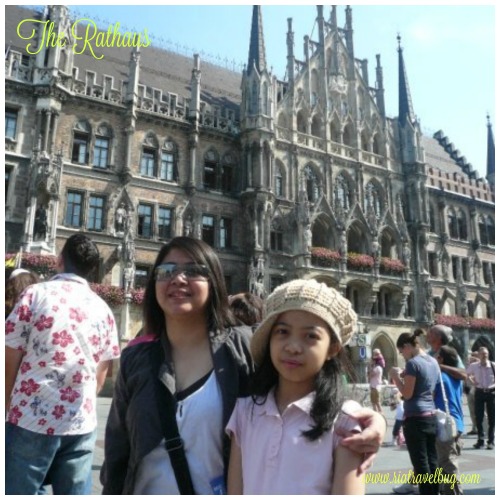 The Glockenspiel in the tower balcony of the Neues Rathaus is also world famous and worth seeing. Since 1908, figurines representing stories from Munich’s history twirl on two levels daily at 11:00 a.m., 12:00 p.m., and 5:00 p.m. (the 5:00 p.m. show is omitted from November through February). In addition to the well-known coopers dancers, the Münchner Kindl (symbol of the city’s coat of arms), and the angel of peace also make an appearance in the almost 12-minute-long spectacle. (Source: http://www.muenchen.de/int/en/sights/attractions/new-town-hall-neues-rathaus.html) 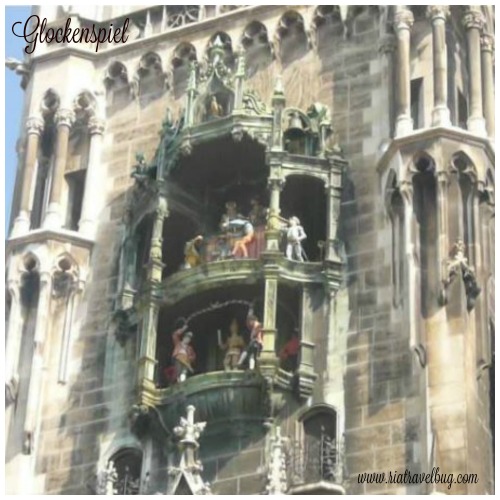 Munich is home to many Christmas market stalls during the holiday season. Marienplatz is one of the famous Christmas Markets in the world. 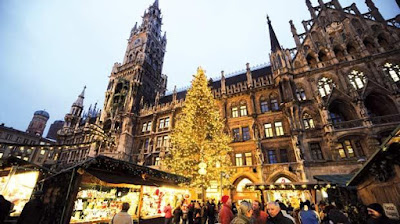 Mariensäule (Marian Column) in the square

The Marian column was erected in 1638 to celebrate the end of Swedish occupation during the Thirty Years’ War. Atop the column is a golden statue of the Virgin Mary standing on a crescent moon as the Queen of Heaven. 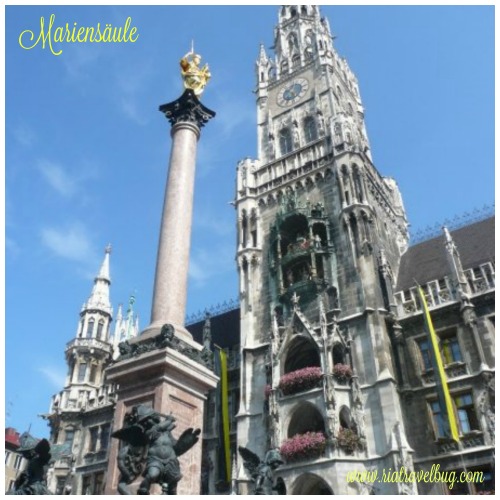 One of the famous meeting points in Marienplatz. It is found in the eastern side of the town square near the Rathaus. 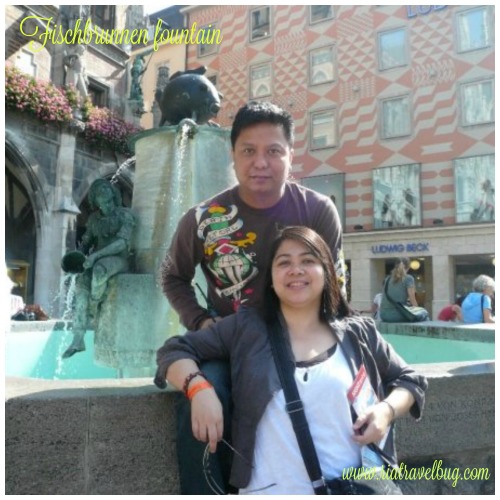