When my daughter found out that I would treat her to a Milan, Venice and Barcelona trip last year, the first thing that came to her mind about Barcelona was – Churros! I am not sure why but yes, churros.

More than anything, it was the churros that got her giddy and really in the whole planning scheme to make the Euro summer trip happen. It was a short but so memorable and sweet for both of us. It was both the first time to visit Venice with my husband’s cousins and Barcelona on our own. It was more like a mother-daughter bonding thing and I truly enjoyed my daughter’s company. We should do this often.

Well, going back to the churros. 🙂 Churros is one of the famous delectable desserts in Spain. It is a traditional dessert in Spain created by shepherds and evolved through the years. Many would make big churros and fill the middle part with chocolate or cream fillings. However, the ones that my daughter and I love are the plain ones where you dip in thick, hot chocolate.

We scoured the internet the moment we finalised our Euro trip. The first in our itinerary was to find the best churros near where we were staying in Plaça Catalunya. We checked Tripadvisor as well for recommendations and voila! We found Xurreria El Trebol near Passeig de Gracia and Diagonal Station which was few blocks from our hotel. It is actually located in Calle Corsiega. 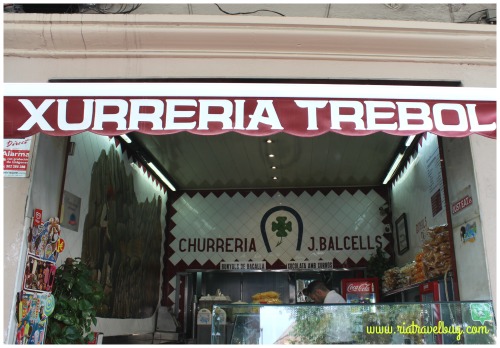 As soon as we finished our tour in Montserrat and headed back to Plaça Catalunya, we traversed the stretch of Passeig de Gracia. It was easy to find and it was at the same side where our hotel was located so no need to cross plenty of streets.

Xurreria El Trebol is a small eatery that serves yummy churros. We were happy to find out too that they are open 24 hours on weekends. Although we didn’t get to try that out because we already left the weekend after. But it’s good to know because the next time we visit Barcelona, I will stay near that area again.

The churros at Xurreria El Trebol are really nice. We ordered and ate there in the small space provided if you want to dine in and I bought 8 and split in half for myself and my daughter. Trust me, we almost finished half of the lot even before we reached the hotel. They were yummy and really good, unlike the other churros we have eaten in the US and Japan. 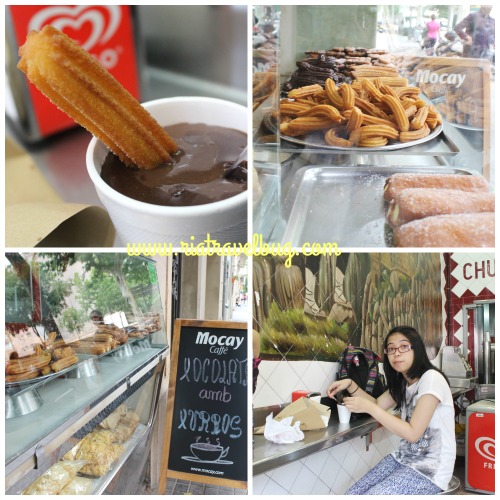 We bought our churros with a cup of very thick chocolate. I also ordered few chuchos. It looked like an eclair minus the frosting on top but it is so soft and has a custard cream filling inside which made it more tasty. I really want more! 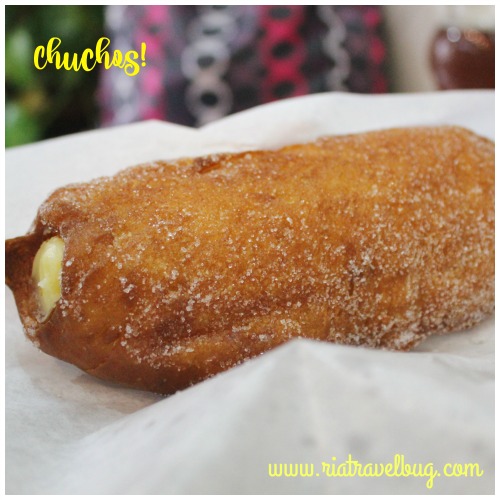 I forgot how much the whole stuff we bought but I can assure you, it wasn’t very expensive. Not at all. I just can’t remember the price but when you are there, they have the pricing on the wall. You won’t miss it. 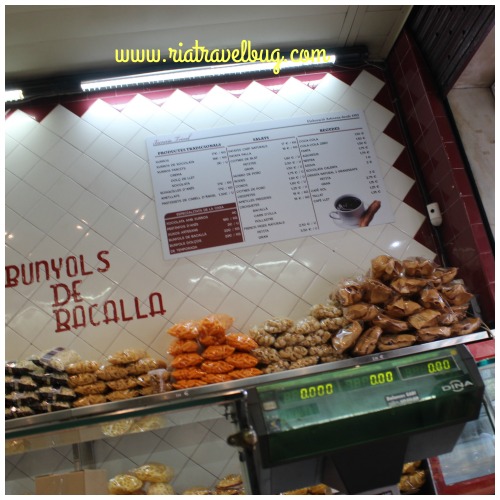 So, if you are in Barcelona and want to taste their traditional fried desserts like churros and chuchos, visit this churreria!  It’s worth the walk!