Europe is known for its rich culture, neoclassical and gothic buildings, food, and sceneries. However, the reputation of Europe is not always rosy because it is an expensive continent to visit. The commonly used currency in Europe is Euro while other European countries still use their own country’s currency.

Not all of Europe is expensive. There are still many destinations and countries in Europe to see that will be just half of what you will spend for when you visit Switzerland, Italy, Germany, France, and the northern European countries.

Here are some countries in Europe to visit that will not dent your budget while still enjoying the glorious culture, history, food, and sceneries the other counterparts in Europe have to offer.

You hit two birds with one stone when you visit Turkey.  You can either visit the European side or check out the Asian side of this beautiful country filled with fantastic architectural marvels, nice food, great dancing, and places to see.

When I visited Turkey in 2002, the money used was still Turkish Lira and it was affordable. They have since changed to Euro but the cost of accommodation, food and transportation is still relatively cheaper compared to other European countries.

Prague is a beautiful city in Czech Republic, formerly known as Czechoslovakia.  Although accommodation prices is starting to rise due to its popularity amongst travellers who wish to visit Europe on a budget, you can still find a very affordable hotel accommodation according to your budget.

When I was scouting for hotel prices before I decided to take the Italy-Spain route, I had checked on Prague, Warsaw and Budapest’s accommodation for the same period of time I and my daughter would have spent in Barcelona. The hotel rates were almost 30-50% off the price I would pay in the hotel I have booked in Barcelona for the same number of nights.

As of today, 1 Euro is equals to 27.06 Czech Koruna. And what does that mean? You get more value out of your Euro when you exchange it for their local currency.

Hungary is another country in the Central part of Europe. Just like Czech Republic, it still uses Hugarian Forint as its local currency which is 1 Euro = 314 Hungarian Forint. You will get so much more out of your Euro and US$ when you exchange it to their local currency.

Hungary is filled with neoclassical buildings, rich culture and fabulous sceneries that you will also see in other expensive European countries. 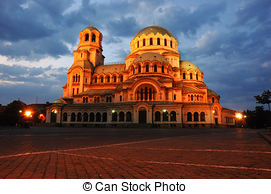 Bulgaria is a beautiful country that is still relatively cheap compared to other glitzy European cities. You can travel everywhere Bulgaria and enjoy the affordable accommodation, tours, transportation and dining while there.

The currency they use is Bulgarian Lev.

Croatia may not ring a good bell to travellers because of its troubled past. But Croatia boasts of beautiful beaches that can compete with other well-known beach resorts in the other side of Europe. It is close to Italy too so you can do a side trip when you want to.

It still uses its own currency, the Croatian Kuna which is still lower than the Euro.