xiaoxiannv Milan, Venice and Barcelona in a Week | The Travel Bug
Skip to content 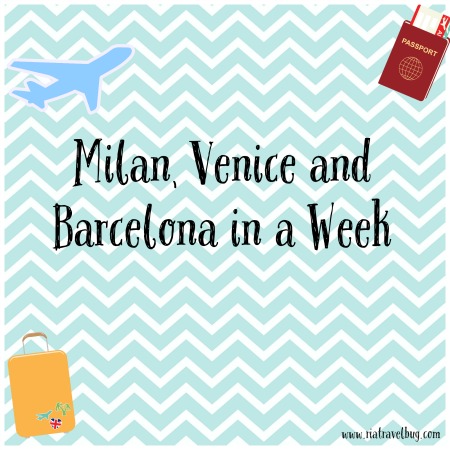 Bonding with my daughter this summer for our mini-Euro trip was the best decision I have made to spend my bonus money. To some, it may not even be a good decision because there are bills to pay. I couldn’t care less about the bills. Money will come and go but the time I spend with my daughter is more precious than money can ever buy. So, I decided to spend the bonus for this mini-Euro trip and my daughter and I can actually vouch for this – WE HAD FUN!

Milan was the first stop. We stayed with relatives in Milan for 3 days. My hubby’s cousins took us to the usual spot like Duomo, the Galleria and nearby places of interests we’ve seen the first time we toured Milan in 2008. However, this time, my daughter and I climbed the Duomo to see the Golden Virgin Mary on top of the church roof. Well, the experience was very enchanting but climbing up the stairs when you’re not physically fit (I’m not an active person) had me gasping for air sometimes. I need to really, really work out because when you travel, there are lots of walking involved. I have just realised how “not physically” fit I was while climbing the stairs. It wasn’t very steep but I lost count how many steps we have climbed to see the majestic Virgin Mary on the roof top. I’m glad my daughter was there to cheer me on and gave me encouragement to keep going because I was already throwing a hissy fit. I just had to tell myself it was a sacrifice I wanted to offer for the Lord so I needed the extra strength to climb the last few steps. 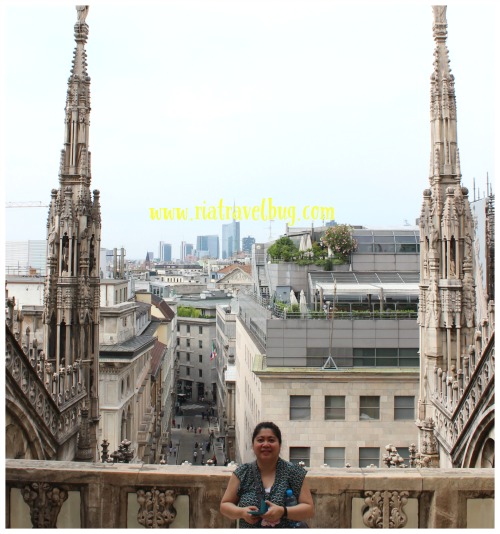 Seeing the top of Duomo is a must when you visit Milan. You’ll get a bird’s eye view of the town centre from the top. Aside from the great view, you’ll see the Golden Virgin Mary, the details of the Duomo spires, and other sculpture that was there that time we visited.

Going down was a breeze. You now have an option to use the lift (and guess what, we did!) or the stairs. I wish they had installed that while going up especially for the elders who would need help climbing.

We walked around Galleria and the nearby places of interests then took the train back home. We slept early for our Venice day trip by car.

June 13 was Venezia day. It was a long drive from Milan. I think it was almost 3 hours and we had several stops in between to rest and grab snacks in Autogrill. I like the Autogrill because it has plenty of merchandise and the deli is fab! There are plenty of Autogrill along the way and I lost count how many I’ve seen.

Finally, Venezia (Venice) was on the horizon. Seeing the cruise ships around the port and the smaller yachts signalled the entrance to the famous Venice. We parked near the cruise ships port and walked towards the main entrance to Venice. We took the ferry to take us to San Marco rather than make pit stops elsewhere. San Marco is one of the famous sites to visit in Venice and we wanted to see it right away. From there, we just walked and visited different alleys and checked out shops. We had some snacks in a small deli near San Marco. We even got lost at some point because we didn’t carry any map and relied to our GPS in the phone which was not much of a help if you are not familiar with N, S, E, W directions. We finally found our way back to San Marco Piazza and decided to just walk along the main canal route so we wouldn’t get lost again. It was very hot that day and much as I appreciate the beauty around me, I could only take so much “heat” and we all decided to head back to the main train station of Venice which is also the main entrance. 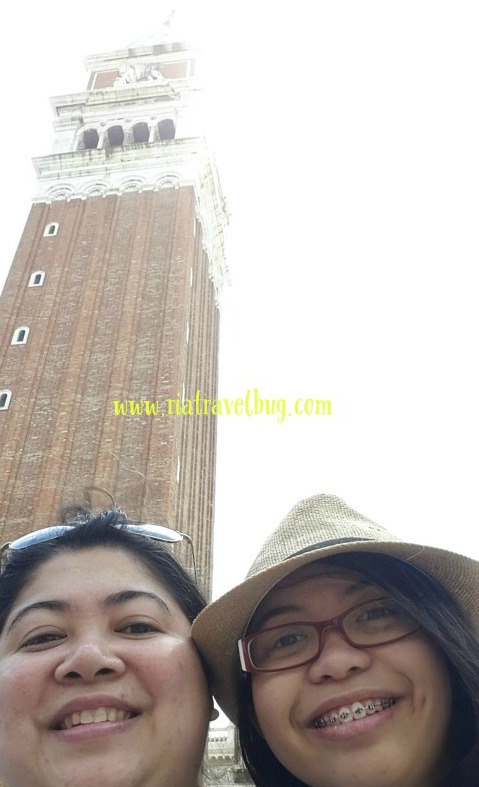 June 14 was just a rest day as we headed to Malpensa Airport Terminal 2 in the afternoon. Our flight to Barcelona was not until 6:30 a.m. the next day. I have decided to book a night’s stay at Moxy Malpensa Milan Airport because it was just in front of Terminal 2. We didn’t want to cause any inconvenience to our cousins as they have to work the next day. The hotel was superb! I would book there again.

We checked out at 4:30 a.m. to give us ample time to have breakfast in the airport. The hotel was just a mere 3-5 minutes walk from the Terminal 2 of Malpensa Airport where we would board for our EasyJet flight to Barcelona. There were plenty of people already at that time so walking wasn’t scary. Amazingly, there were some luggage trolleys outside the hotel’s entrance door so we grabbed one and the walk was convenient for us. It was a bit rainy and dark but the place was already buzzing with people catching their flights and the nearby offices made the area ok. There were ample lighting as well on the posts so walking from the hotel to the airport terminal was ok.

My daughter and I decided to have our mini-breakfast inside the airport as soon as we passed the immigration and before we headed to the boarding gate. The flight left on time and was just more than an hour before we landed at El Prat Airport in Barcelona. Ola Espana!

June 15 to 18 was our intended stay in Barcelona. As soon as we arrived, we followed the signs leading to the baggage carousel and headed to the nearest exit. I was a bit surprised that we didn’t go through immigration anymore. It’s been a while since I travelled to Europe so the borderless travel concept seemed so foreign to me.

We looked for the Aerobus ticket booth so I could exchange the ticket voucher I bought online for our return trip bus passes. We boarded the Aerobus, and we arrived at Plaça Catalunya in less than 45 minutes without any traffic jam. From there, we just walked to our hotel. 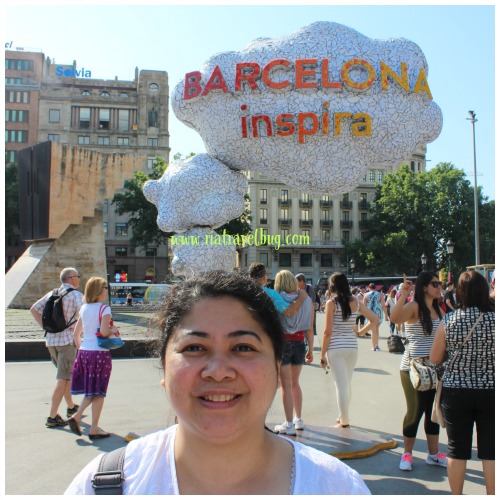 The rest of the day was spent walking around Barcelona’s famous plaza. More details of out trip in separate posts.

We had a marvelous time and wished the vacation was longer. We are definitely going back to Spain and next time we will visit other places like Madrid, Sevilla, and probably even go on a side trip to Lisbon.

There’s another Euro trip in the offing but maybe next year when I figure out when due to my daughter’s school roster.

6 Replies to “Milan, Venice and Barcelona in a Week”