xiaoxiannv Global Events That Are Worth Travelling For In 2015 | The Travel Bug
Skip to content
Even though 2015 is coming to a close, there are still some amazing events going on around the world. Because we all like to do a spot of travelling here and there (understatement of the year!), I thought I would make a list of the events still to come in 2015. For all of my readers that are impulsive enough for a spontaneous trip abroad, you just might be able to catch a few if you book now.

If you don’t or can’t, there is always next year.

Let’s start with the Rugby World Cup because the final is tomorrow! Okay, rugby might not be everyone’s cup of tea, especially if you come from America. But, the spectacle of the World Cup is something not to miss. And, because we know who are playing – New Zealand vs. Australia – we know that it is going to be a huge occasion. After all, it is the two biggest and best teams in the world playing on the biggest stage. If that isn’t worth travelling for, I don’t what is!

Talking to a few of my friends, they seem to think the Mexican Grand Prix will be a bit of a bore. How have they come to this conclusion? By watching Lewis Hamilton cruise to victory in Austin last week. Okay, the Championship race is over, and no one can catch Hamilton with only a few races left in the season. Still, the experience of watching the best racers in the world’s fastest cars is one that will be amazing regardless of the title situation. Plus, a Grand Prix is to return to Mexico for the first time in twenty-three years, so you know it is going to be special.

Did you think that rodeo was an American hobby that they did in their spare time? Well, it is much more than that because rodeo is huge in the United States! In fact, if you want to go to the finals you will have to buy national finals rodeo Vegas tickets now before they sell out. The tournament kicks off in the first week of December from the 3rd to the 12th in the City of Sin. Quite simply, with cowboys trying to lasso bulls and thousands of screaming fans, it is one of the most surreal experiences in the world. In my experience, these are the experiences that are worth the hassle.

Yes, New Year’s Eve is one of the biggest events on the social calendar. Yet, everyone I talk to seems to hate New Year’s Eve with a passion! I can see where they are coming from because New Year’s does tend to be the biggest anti-climax in the world. But, all that changes when you go abroad. Spending the New Year watching the fireworks in Sydney or celebrating Hogmanay in Edinburgh is special. Just think of it as one big, gigantic party full of alcohol, dancing and fireworks!

That’s just what’s left this year. If you fancy going one step further, you can start planning for 2016! 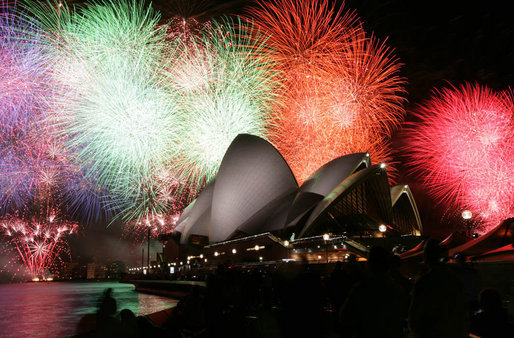