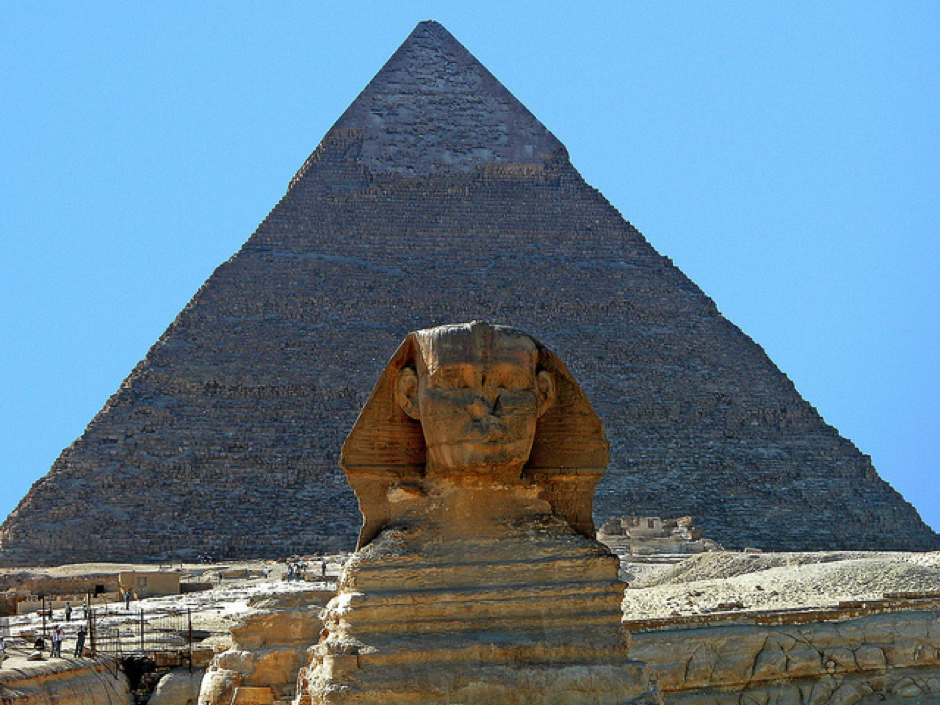 Although several tourists visit Egypt to enjoy the favourable yearlong warm climate or to relax at a luxurious beach resort, this fascinating country also boasts a number of remarkable natural and manmade wonders, which should not be missed.
Attempting to visit each and every one of these monuments might be a little bit ambitious, but for those planning Egypt holidays in the near future, here is a little more detail on the most significant and spellbinding attractions this country has to offer.
Great Pyramid of Giza
No trip to Egypt would be complete without taking your time to see the Great Pyramid of Giza. Over the course of its 2,500-year history, not much has changed, but it is sure to be one of the most breath taking sites you’ll ever behold.
Thought to been built as a tomb for Fourth Dynasty Egyptian Pharaoh Khufu, it took around 20 years to construct. But today, the Great Pyramid is the only remaining ancient Wonder of the World and surely this is reason enough to pay it a visit.
Old Cairo
In spite of its proximity to the Great Pyramid, Cairo was founded in the 10th Century as a Muslim city. Although some tourists won’t like the hustle and bustle of Egypt’s capital, Old Cairo should be an essential item on any itinerary.
Here you will find the Mohamed Ali Mosque, one of the largest of the old Muslim world and a stunning piece of architecture. Along with taking a trip to the Citadel, which affords views out to the Giza plateau, the souqs (markets) are also highly recommended if you want to sample a little local flavour.
Temple of Luxor
Located on the east bank of the Nile, this ancient temple complex was dedicated to the Theban Triad of Amun-Re, his wife Mut, and his son Khonsu. Follow in the footsteps of ancient Egyptians as you walk down a path lined with sphinxes, which once led the way to Ipet Sut in the modern city of Al-Karnak.
The Temple of Luxor is perhaps best known for its astonishing obelisk, which is still intact at the entrance. While here, you may want to visit the Temple of Karnak as well, which is by far the biggest temple complex in Egypt.
Abu Simbel
This archaeological site comprising of two temples was created during the reign of Pharaoh Ramesses II in the 13th century BC. It took around 20 years to build and is widely considered to be one of the grandest in Egypt. However, arguably the most extraordinary thing about Abu Simbel is that the entire complex was moved in the 1960s to protect it against the rising water of the Aswan High Dam.
You may not be able to experience and enjoy all of Egypt’s wonders, but you’ll be rewarded with some long-lasting memories for the ones you do see, as every sight reflects the majesty of this ancient nation.
Image by Dennis Jarvis, used under the Creative Commons license.
February 20, 2015 in Egypt, famous places, travel

5 Countries to Visit for the Adventurous Traveler

4 Things To Do in Dallas Over the Weekend

I am a wanderlust. I love to travel. It is my passion. Welcome to my travel blog where I feature the places I have been and accommodations and tours I have taken to give you inspiration on your next travel. Happy and Safe Travels!