Verruckt what? I thought so too. Verruckt is German for insanity and when you see this Verruckt Water Slide in Schlitterbahn Water Park in Kansas City,  you’re really insane to try it.

What makes this water slide an “insane” ride? For one, it’s very high. It’s higher than the Niagara Falls and it’s so steep. It is a whooping 168 foot 7 inch and 607 feet long structure! You get to strap yourself along with 2-3 more people in a raft that will slide down on this very steep water slide. I’m not a physicist but just by looking at the steep angle of the slide, makes me wonder how the raft, along with its riders will remain “in” the slide and not go airborne. Upon further investigation and research, I found a video from The Travel Channel where “half the real Verruckt” was made for testing in Texas by Jeff Henry, the Wizard of Water as he is famously known. He’s also the inventor of the insane water slide and son/co-owner of the Schlitterbahn Water Park. Watch it and you be the judge.

If you’re having trouble watching the video, here is the link to the video: http://www.travelchannel.com/video/worlds-tallest-waterslide

I do hope they keep an overhead net all throughout the slide, just for extra precaution.

Here are some pictures of the Verruckt Water Slide. All photos, except for the first one are from travelchannel.com.

Model of Verruckt being constructed in Texas 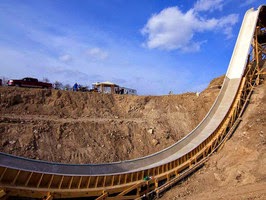 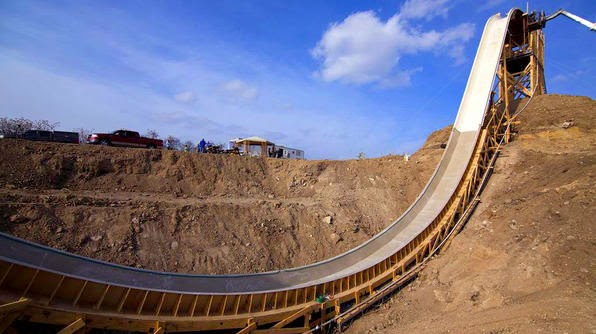 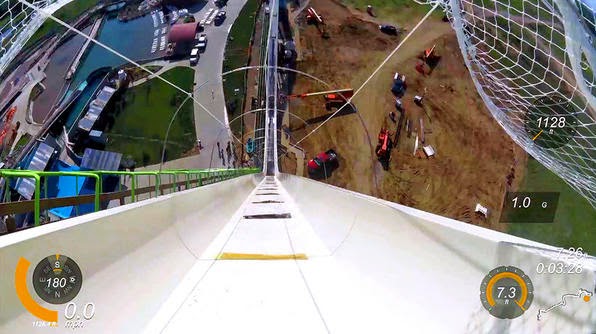 It’s still not open. It was slated to open last May and further moved to June 29. I haven’t heard about it’s actual opening date again after its postponement. If you have news about and if you’re one of the insane, er I meant “brave” ones to have tried it, please share your experience. I’m all ears.