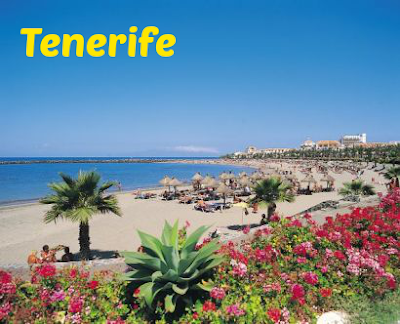 Although Tenerife is known for drinking and a general ‘Brits’ abroad’ atmosphere, there is so much more to the island. From whale and dolphin cruises to year round golfing, there is something for everyone here!

Tenerife is the largest of the Canary Islands. It’s a popular tourist destination and it has two airports, Tenerife north and Tenerife south. There are many travel companies offering package holidays to Tenerife, but if that’s not your style have a look around for low cost flights to Tenerife with Monarch and perhaps think about renting an apartment or villa.
Playa de las Americas is one of the main destinations people choose to visit. With beautiful beaches, lively nightlife and plenty of great restaurants, it’s certainly a place for friends and families who want an action packed holiday with lots of hustle and bustle. The Safari Centre is full of designer labels for those who wish to have a classier shopping experience in this lovely beach town.
For a quieter holiday, why not try visiting Tenerife’s capital, Santa Cruz. Visit the Basilica de Nuestra Senora de Candelaria, a picturesque church in a beautiful old town, or wander the streets of this old fashioned city. There are many beautiful walking areas around the city as well – the Rambla del General Franco is a fantastic woodland walk which takes you through some beautiful scenery. Close by, Teide national park is one of the most spectacular areas of Tenerife and many is ranked among the top cultural attractions of the country.
Tenerife generally has nice weather all year round, with the lowest temperatures being about 22 degrees in the daytime in December and January. Take advantage of the quieter months of May and September, when school children are back in school but the tourist season is either beginning or ending so most attractions will be open for your visit. Chartering a boat for the day is cheaper in the quieter seasons and you may just decide to sail into the sunset after experiencing all the island has to offer.